I can not believe it has been one week since I last updated my blog. Wow how time fly's! Let see, the 3rd was Tim's birthday (my brother). Tim, Thaddeus, Lindsey and I went out to dinner at Chili's and then went to a RiverCats game. It was a beautiful night. The air was fresh or at least fresher than it had been, it was only about 83 degrees. It actually got kind of cold towards the end of the game. It was a good game, even thought they lost at the end. 11 to 10. We had fun, Lindsey and I love to sing along with the songs and clap, cheer and stomp! They had a great fireworks display after the game. Then Thaddeus wanted to surprise his dad with a cake back at his house so we pretended to just want to go home. Tim and Thaddeus left and Lindsey and I went to pick up a cake at Safeway. We then went to Tim's house. Thaddeus let us in, Tim was already in bed, almost asleep. Thaddeus went in and made him get out of bed and we yelled surprise! He was. We ate cake and ice cream and it was just one minute before midnight so Tim celebrated his birthday down to the last minute!
On the 4th, my hubby Joe was playing at the Valhalla Music festival in South Lake Tahoe. We arrived in Tahoe around 4, it was so beautiful. A perfect 71 degrees and the sky was soooo blue! I haven't seen blue sky like that in a really long time. The festival was in the Tallac Historic area by Camp Richardson. In a little theater right on the lake, it was a picture perfect spot that's for sure. This gig was with the Bayou Boys, http://www.bayouband.com/ very enjoyable! We stayed overnight, in a little old motel. Very quaint, knotty pine walls. The room was clean and had a view of pine trees out the window. The only complaint I had was the bed but I am so spoiled. We have a tempurpedic bed at home, anything else is just not the same! We came home on Saturday and realized as we got closer to Sac the smoke was back. It is ugly here now again. It's supposed to be 107 today and the AQI (Air Quality Index) is in the Unhealthy range again. No sign of cooling until Friday so the bad air will just sit here. Don't go outside if possible!!! If you do, don't breath!!!!! :)
Ok so moving day? YES it is. Lindsey has friends coming to help move her furniture and the majority of her stuff downstairs today. Most of the repairs are done, the bathroom floor is nearly done we have just some tiles around the toilet and door to cut and fit. The bedroom is done except the windows which we will do as soon as they come in. The rest of the apartment needs a good cleaning, but that will get done too. Nick will be home from Vegas on Thursday, so we have to clear some of the items from the spare bedroom since he is temporally staying there. It is all moving forward… but I am very much looking forward to our vacation at the end of the month! That is going to be wonderful!!! 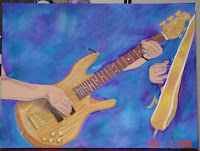 Just wanted you to know I nominated you for a blog award today! You can pick it up on my blog. www.folkartbycampbelljane.blogspot.com
God Bless
Janet 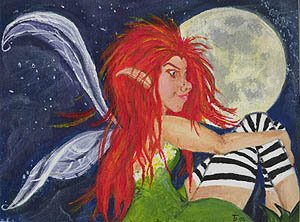